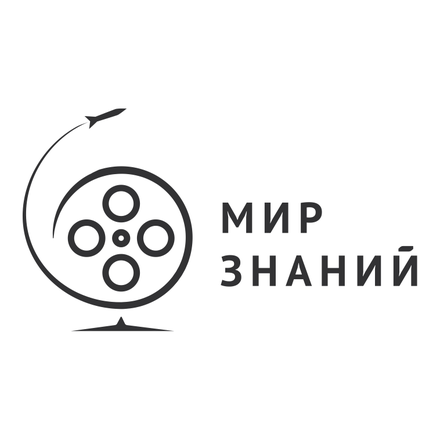 The World of Knowledge

The international popular science and educational film festival The World of Knowledge was founded by Lennauchfilm studio and the national committee Intellectual Resources of Russia in February 2006. The first festival was held in Moscow in October 2006. Since 2007 the The World of Knowledge festival has taken place annually in St. Petersburg. The festival improves every year and is growing in an organic way. Four awards were considered and approved in 2010: Grand Prix, Best Director, Best Camerawork and Best Scenario. The festival programme includes the regular International Competition and Special Programmes.

The main prize of the Festival is the figurine The Tree of Knowledge, which is a symbol of a person who thirsts for knowledge and novelty. The sprawling branches of the tree are inevitably burdened by fruits, symbols of reason. The apple falling from the tree is a sign of revelation to a person seeking knowledge. The permanent president of the The World of Knowledge festival is the Russian and Soviet scientist, TV presenter and editor-in-chief of the magazine In the Science World - Sergey Petrovich Kapitsa.

The chairman of the Organizing Committee is the academician and chairman of the Committee on Science and High Technologies of the State Duma - Valery Aleksandrovich Chereshnev. Science popularization has an obvious strategic value for national development. Documentary cinema has a recipe for sparking interest in science, technology and culture from all people.

The international jury will award the following prizes:

The films awarded by the jury will be included in the collection of the International Film Festival World of Knowledge.

Participation in the Film Festival World of Knowledge assumes compliance with all the articles of the regulations stated here.

Popular science and educational films with the maximum running time of 90 minutes produced in 2018 − 2019 are accepted for the International Competition.

Organizers:
The film festival is organized by Lennauchfilm studio with the support of the Ministry of Culture of the Russian Federation and the Committee for Culture of Saint-Petersburg.

Popular science and educational films with the maximum running time of 90 minutes.