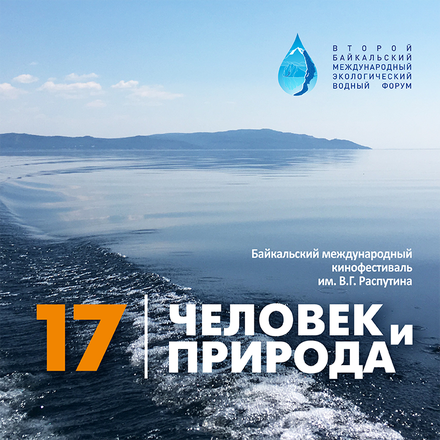 The festival "People and Environment" was conceived by the organizers as a movie site, enabling the society to reflect on the complex relationship between  people and environment

The first Festival took place in 1999. Its opening was timed to the first celebration of the Baikal Day - an interregional holiday, established on the initiative of public environmental organizations of the Irkutsk and Chita regions and the Republic of Buryatia.

The objectives of the festival:

Strengthening the educational function of documentary environmental cinema and promoting it to the interested spectator;

Bringing the attention of the public, legislative and executive authorities, representatives of science, culture, education and the media to environmental issues in order to form the position of a responsible citizen for the fate of his country and the planet as a whole;

Search, association and encouragement of filmmakers creating films about the relationship of  people and environment;

Development of creative ties both between filmmakers and viewers, and within the cinematographic community of Russia and other countries;

Popularization of the best samples of foreign cinema;

Search for forms and methods of work with different target groups of viewers.

In addition, professional discussions are provided in the form of round tables, conferences, forums, press discussions, master classes of outstanding cinematographers and scientists.

Grand Prix them. V.G. Rasputin (including the financial prize 200 000 rubles)

The prize "Baikal" - for the urgency of the problem (the film about the most urgent environmental problems).

The jury of the Festival has the right to determine any other nomination and to mark the film with the appropriate diploma.

Special prizes of the Festival are also awarded:

Prize of the youth jury.

Prize of the media community.

Prizes are given to state, public, educational and other organizations at the Festival, personal prizes

To participate in the competitive program, full-length and short films from different countries of the world are accepted, corresponding to the theme of the Festival, and created no earlier than 2018, the time-lag from 15 minutes. We accept videos of socio-ecological themes, the time-lag from 1 to 5 minutes.

The competition can be attended by films presented at other festivals, but not previously participating in the contest program of the Festival "People and Environment"

Rights holders of Russian films must have a rental certificate issued by the Ministry of Culture of the Russian Federation.

Ministry of Culture of the Russian Federation

Ministry of Culture and Archives of the Irkutsk Region

Union of Cinematographers of the Russian Federation

The Festival program includes contest screenings of documentary and popular-science films, feature and full-dome films over 15 minutes in length.

Social-ecological videos for contest program should be from 1 to 5 minutes long.