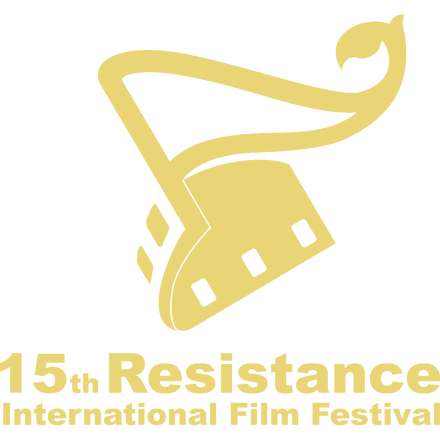 RIFFl is one of the most prestigious international film festivals in Iran.

Resistance International Film Festival is considered as one of the most prestigious international film festivals in Iran.
The goal of the festival is to create an atmosphere of dialogue, understanding of current human sufferings, and to share experiences and new ideas.
The three-fold mission is to:
1- Create an atmosphere of dialogue by recognizing activists and filmmakers.
2- Foster the human spirit of brotherhood, peace, and resisting oppression.
3- Use the language of film to fight terrorism and violence.

Filmmakers around the world are welcome to submit documentaries and features relevant to the festival topics.

Resistance Festival Grand Award for the best filmmaking talent; the festival trophy, an honorary diploma, and cash prize to encourage and aid the filmmaker for their next film.

Jury Special award:
The festival trophy, an honorary diploma and cash prize for the best movie according to the jury.

o
Submit your film via FilmFreeway and / or Resistancefest.com.
o Submitting films is free of charge.
o Entrants can submit as many films as they wish.
o The entries must be produced and / or directed by the submitting filmmaker (s) or responsible party with ownership rights. The entrant is considered as the party with the ownership rights.
o The high-quality full version of the films must be sent to the festival office via the Internet (a download link)
o Sending the full version of the films via mail is also possible. Send two copies of the film (2DVDs) to the festival office. The entrant is responsible for shipping costs.
o All non-English submissions must have English subtitles.It is recommended that entrants send the subtitle files separately.
o The entries must not have logos and / or watermarks.
o The full version of the films must be in DV, HD, or Full HD formats.
o Once a film is submitted, it can not be taken out or returned.
o Accepted entries will be announced by 1st November 2018. Each entrant will be contacted so make sure the contact information you provide is accurate.
o Filmmakers or responsible parties. And that the films are not selected are welcome to attend the festival and take part in the workshops and panel sessions.
o The films that have been submitted to compete in the festival in the previous year's CAN NOT participate in this year's festival.
o A Certificate of Participation will be granted to the participants of the festival.
o Each entry MUST be accompanied by the following:
Director's photo, posters and official films of the film, the film dialogues and synopsis along with the director's biography in order to be published on the festival website.
o The festival office is allowed to use up to 5 minutes of the footage of the submitted films on websites or the national TV for promotional purposes.
o The festival office is not responsible for any damage caused to the movies due to mailing / shipping services.
o The submitted films will be kept in the film bank for educational and research purposes.
o In case of questions, disputes, misunderstandings, and unforeseen issues, the decisions of the directors of the Festival are final.
o Further information on the professional panels, workshops, the international members of the jury and special guests will be announced on the festival website.
o Films made in / from Israel are not eligible to enter.

Documentary films produced after January 2016 relevant to the topics of Resistance Film Festival are welcomed to be submitted to the festival.

Feature films produced after January 2016 above 60 minutes relevant to the topics of Resistance Film Festival are welcomed to be submitted to the festival.