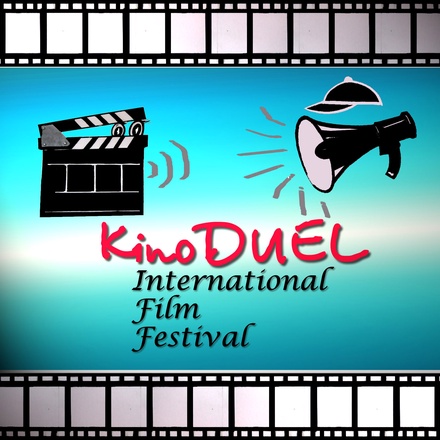 Finals-battles! The vote of three of the independent jury right in the room! The jury of filmmakers against the press and the audience!

Our festival will be the first to select films on the principle of a duel, as in sports. The films have to go through several stages: official selection, semi-final and final. Along with the well-known masters of cinematograph, the audience will also evaluate the films themselves.

OUR FESTIVAL OUT OF POLITICS

It connects people, their kind hearts and creativity. Therefore, initially we set a goal to hold this festival every year in different countries. The first festival was held in 2018 in Moscow, Russia. Last year, the final of our festival was held in the capital of Belarus, Minsk. Where will the festival take place this year? It will be a surprise.

The purpose of the festival is to stimulate young filmmakers for the new cinema, appreciating their work and to acquaint the filmmakers with culture and life of the world. We accept all genres of films from all over the world and give the opportunity for new filmmakers to evaluate their films and compete with other famous cinematographers.

Films made with soul and love are accepted from the heart, and our viewers want to see films in which one can experience and rejoice, love and be inspired, think and learn, believe, dream and enjoy viewing. We welcome new ideas and forms, a new vision and creativity in all its manifestations. Films do not have to be premieres, but all the premieres will be separately marked by the organizers. The festival will show the best of the presented films.

Each winner will receive a diploma, gifts from sponsors. Grand Prix - Free ethnographic tour! Where to? Let it be a pleasant surprise. Each film that has entered the official selection will receive a certificate. The prize of audience sympathy will be drawn. And at the end of the festival, of course, a buffet table and a photo session.

To be among the winners, you must submit your films in HD format on the Filmfreewey or Festhome platform with subtitles in English or Russian, or register through the festival's website with a link to the file for viewing on the Internet.

The festival is organized by the Vyatkin Publishing House, which has existed since 2003 and is located in Podolsk.

Best film/video of young filmmakers (up to 16 years)