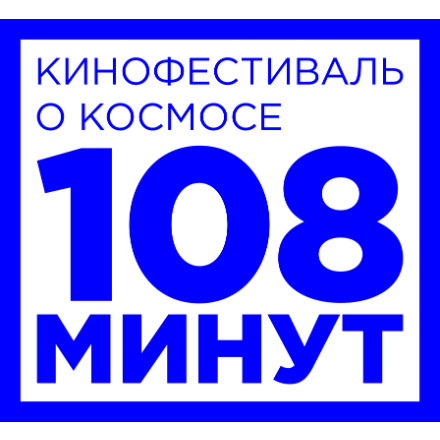 The first festival of the space.

108 minutes were the starting point for the world's manned space program. Minutes during which the dream of all mankind on the Earth came true.

Every year, on the eve of the World Astronautics Day, the first Russian Space Film Festival "108 minutes" takes place at the Museum of Cosmonautics.

The participants of the official selection of the festival in different years were the best students of the country's film studios (the All-Russian State Institute of Cinematography, High Courses for Scriptwriters and Film Directors and others). Famous directors, film critics, journalists and script writers moderate round tables and discussions.

In 2016 the festival "108 Minutes" will be held for the third time and will be timed to coincide with the 55th anniversary of the first manned flight into space – the flight of Yuri Gagarin.

Spesial prizes of the partners

Main topics: space and scientific experiments, innovations, technology and environmental challenges of today, robotics and biographical movies about the prominent figures of the rocket and space industry.

Applications will be accepted until March 18, 2016 at the address: editormmk@gmail.com marked "108 minutes".

To submit the film fill out the online entry form and provide: